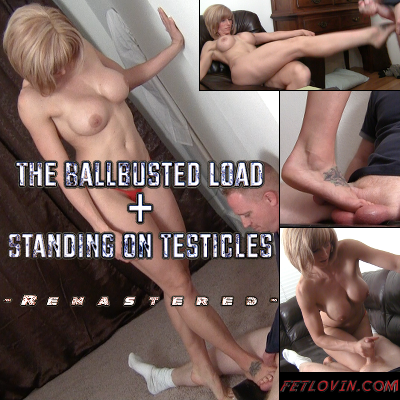 The MP4 Large version is encoded at 20,000 Kbps, with improved crispness, enhanced color and edited to include slow motion & double takes of Rapture’s powerful kicks to the balls!!!

“Standing on Testicles”: Rapture loves kicking men in the balls, but now she wants to stomp and stand on a pair of big balls to see just how much pressure they can take. Rapture uses her strong legs and calves to smash the balls under her feet and between her toes.

In the end, the balls release their hot & creamy ballbusted load all over the strong sexy legs of this hot muscular woman!