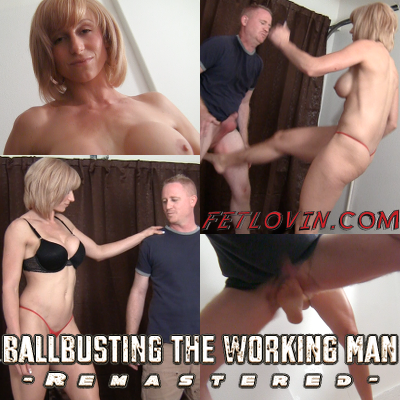 The MP4 Large version is encoded at 20,000 Kbps, with improved crispness, enhanced color and edited to include slow motion & double takes of Rapture’s powerful kicks!!!

A hard working man encounters a hard bodied muscular woman (Rapture); she has a love of kicking men in the balls and wants to see just how much this workingman in his working pants can take. Then she orders him to take off his working pants so she can see those naked balls and delivers even more kicks to his sore balls.

This is some hard stuff, Rapture delivers hard, well placed kicks that leaves the working man in need of workman’s comp….