Self Defense by Bursting Balls 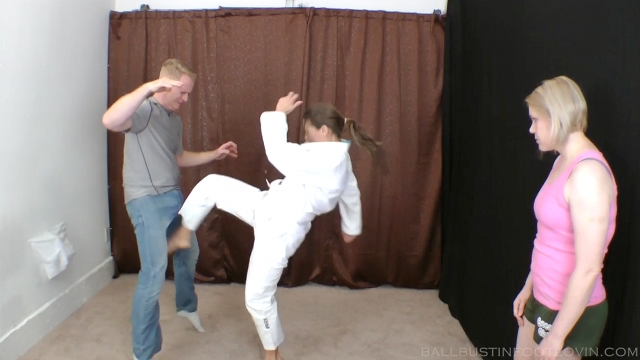 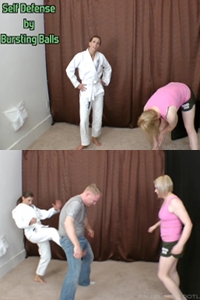 Martial artist Ariel-X instructs a class on how to defend against a male attacker. With her student Tessa von Kix she demonstrates how to defend and what techniques work best to disable a male who is acting creepy and coming to assault you.

Once the basic techniques are demonstrated, it’s time to get a real male on camera to stand in as the dummy acting like a creepy man who is hell bent on attacking a girl.

Ariel-X shows just how to attack a charging creepy man and put him down buy direct hard kicks and knees to his balls. Ariel emphasizes that a woman should aim to “Burst his balls” so that he will go down for good.

And just for good measure at the end of the class the two girls go at the dummy 2 on 1 until his balls are mush.