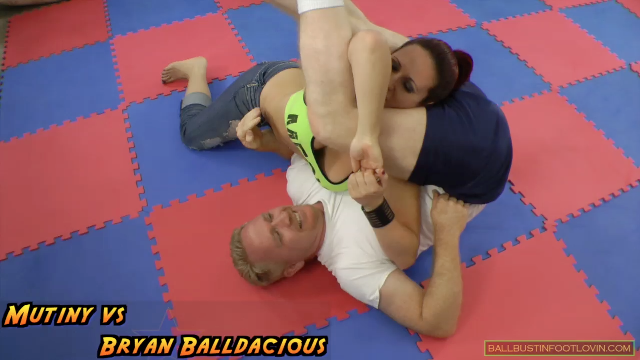 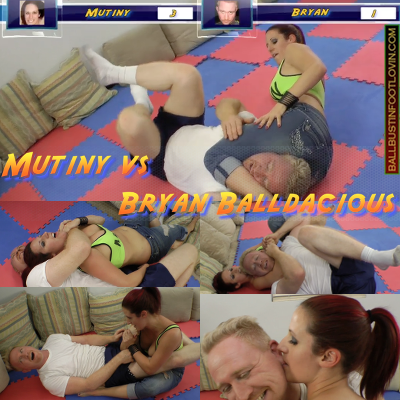 It’s been a spell since we had a custom mixed wrestling video, but when Mutiny comes to Sin City wrestling fans take notice!

Mutiny delivers a skillful yet sexy approach to mixed wrestling, and at times when Bryan starts to get the upper hand, Mutiny has no qualms with going for his balls or bitting his ears!

Mixed wrestling fans are more than familiar with this French Canadian sexy bad girl, and she is in great form here. With Mutiny clad in a sports bra and a tight pair of ripped jeans, Bryan is put to the test by this veteran wrestler. Bryan puts up a great fight in this one, but this buxom beauty’s leg scissors take their toll, and before long Bryan is desperately tapping out in pain. Mutiny aggressively attacks and verbally taunts him as she locks him in painful locks and scissors, and it’s clear that Bryan is not going to win this one, despite his best efforts.”