The Referral Fee Beat Down 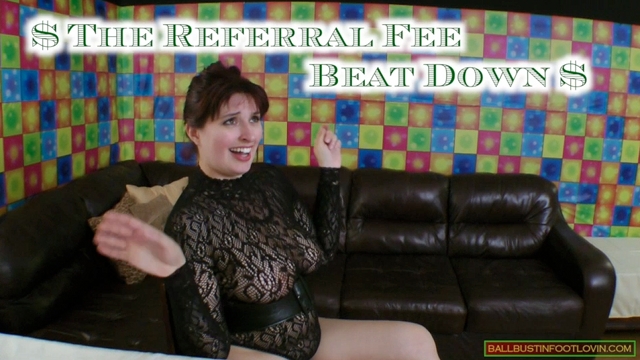 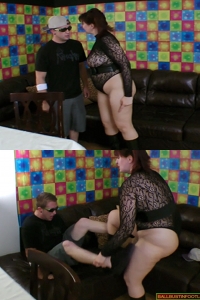 Kimberly is waiting on her “agent” Kip, to arrive so she can get paid for the shoot she just finished performing. When he finally shows up he tells her that she owns him money and gives her a long list of “Fees” that he is owed…. A talent fee, a shoot fee, a re-occurring fee, a house fee, a killl fee from last week, his model fee and finally a referral fee from all the “work” he has gotten for her over the past month.

Kimberly gets very annoyed at this loud mouth mother fucker and pushes him, telling him he’s a lazy bum who stays at her house and drinks all her beer. Kip then yells at her telling her that “He made her!” This pushes Kimberly over the edge… this lazy no good for nothing loud mouth punk thinks “He made me”….. well Kimberly at this moment decides Kip needs a Referral Fee Beat Down.

After Kimberly gives Kip a thrashing Beat Down, Kip is laying on the couch near tears and says to himself “stupid bitch, she could have just bought me out with one large buy out fee.”

My, my……will Kip ever learn?