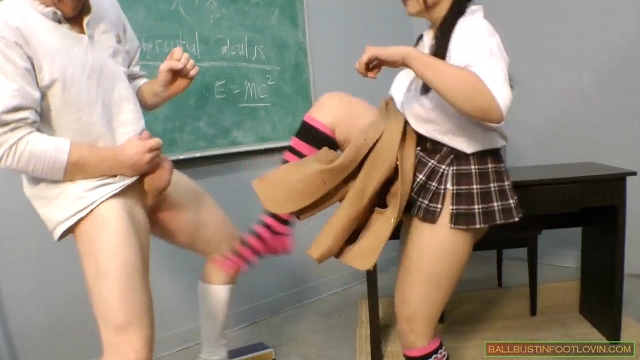 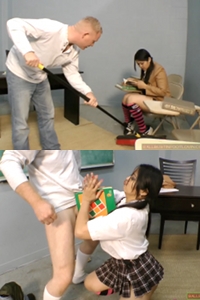 A young Asian school girl is studding for her upcoming exam when the janitor enters the room sweeping the floor..

The janitor however is not really focused on his job, instead he stares at the school girl making her very uncomfortable. He begins to sweep right under her and asks her to raise her legs. Creeped out by the perverted janitor and all his starring, the school girl asks him to leave.

The school girl tries to get away, but the janitor will not let her out of the room, then as he tries to touch her and take her clothes off, she kicks him in the balls.

The janitor manages to get his hand inside her blouse, but is then kicked hard in the balls again and as he is recovering, the school girl gets a big book and gets the janitors cock and balls inside the book and then slams the book shut!

The janitor finally goes down and once down, the school girl kicks and stomps on his bare naked balls until he is no longer a threat.