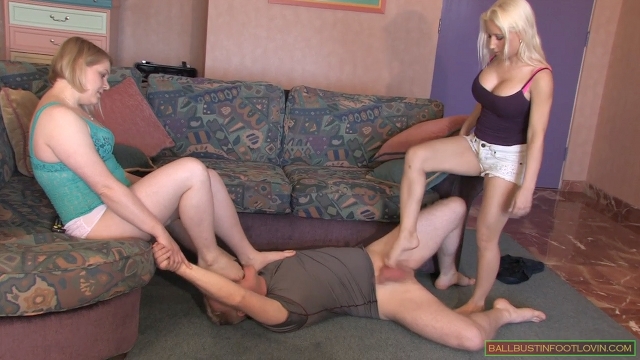 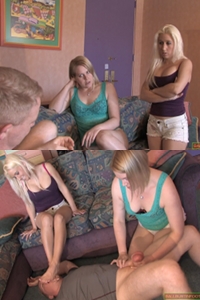 Threes company and the girls have been giving their male roommate their share of the rent for the past few months….. he was suppose to be paying the rent every month…… however the stupid guy has been taking the rent money to pay on his car loan.

One of the girls has just found an eviction notice on their door and is pissed! She demands form the looser an explanation of where her money has been going.

Disgusted with his answer and pathetic apologies, the two girls decided to bust his balls and make him worship their feet. But this is just not enough, the girls take his car keys with the intent of selling it to pay the rent.

So in the end the looser guy has no car, the girls hate his ass and to top it all off he can barley walk as his balls are in a sling from all the repeated kicking and stomping.