Ring Around the Testicles 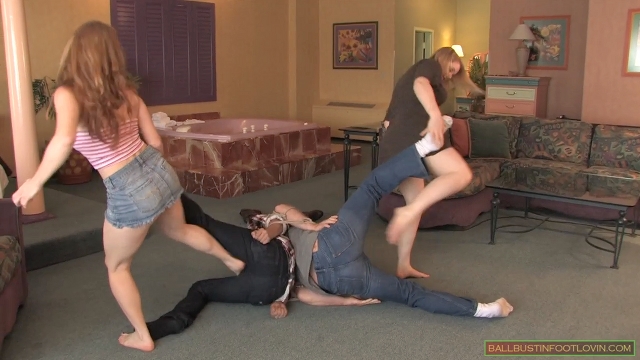 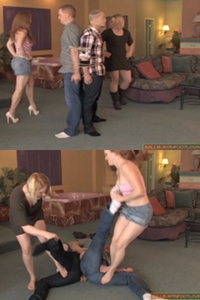 The dynamic Ballbusing duo (Tyler & Tessa) have two dudes back to back and tied together for a little game called “Ring Around the Testicles”.

Tyler and Tessa begin to circle like nut hungry vixens, kicking and stomping the two guys in their balls. They spin them around to make them dizzy and kick them in the balls even more.