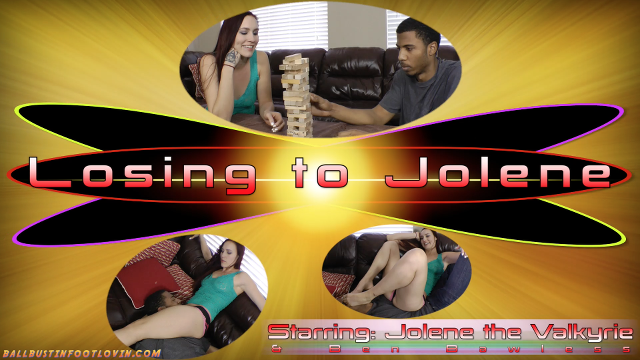 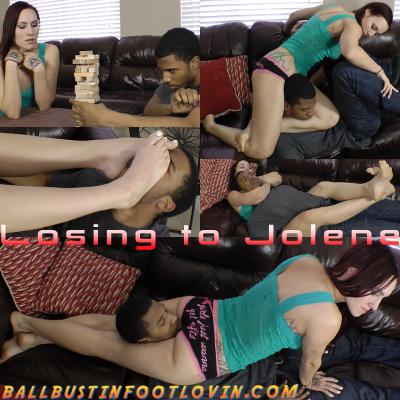 Ben unwisely makes a bet with Jolene that he can beat her at the tumbling blocks game with the bet that she can do anything she wants to him if he loses. And yep, you guessed it, he loses and she has her way with him which ends in a real knockout! No fooling here, she really knocks him out… it was not planned, nor was it scripted… IT’S REAL!

You see Ben came to us wanting to get busted in the balls by Jolene but after his first scene he quickly learned that the Ballbusting here at BBFL is not fake, the girls really do kick hard! As a result he was only good for one short Ballbusting video….. so we decided to see how well he could handle Jolene in a foot domination/chokehold/scissorhold video…. and once again he finds out that Jolene does not play around… she has extremely strong legs and she puts him out! This was not planned nor scripted, Ben passed out from her powerful legs and we had to end the scene early as he was nervously shaking and gasping for air…. when he finally came around he was dazed and confused!

Some real behind the scenes stuff near at the end of this video of how a guy acts when he really passes out from a females powerful legs and then comes around! It’s scary stuff!