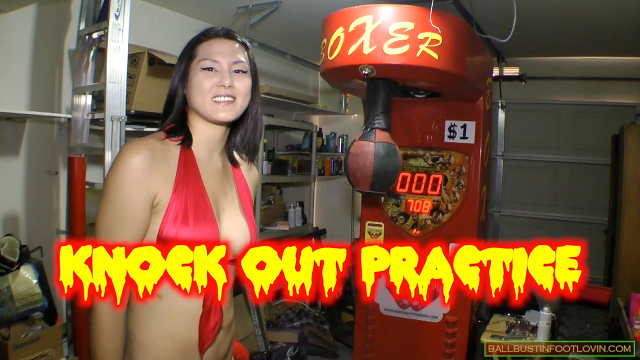 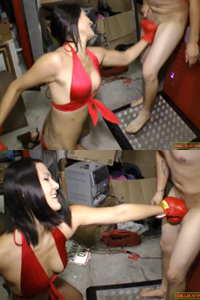 Marry is a former state champion boxer, so we just had to get her in a scene where she is hitting one of those boxing machines you see at the fair or arcade.

In between the time she hits the boxing machine she practices her technique on Beau’s balls…… the funny thing about this ball boxing practice is that in every case after boxing balls, her punching power score increased! So maybe the case can be made that the more a woman punches a man in his balls the harder her hit becomes?

Watch out guys, this may become a standard prerequisite for women who want to improver their boxing skill at competitive events!