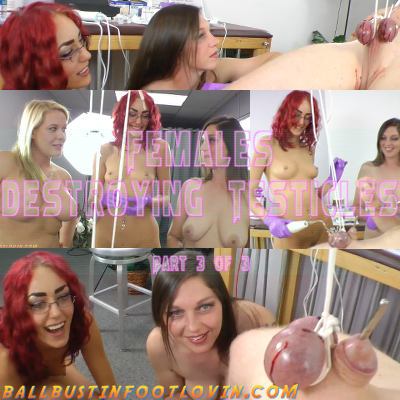 And if that was not enough….this female directed video gets shocking! These women electrocute the balls with the hope that the electric current will fry the balls from the inside out thereby completely destroying the testicles!

Once all the needles are out the balls look totally destroyed….  the girls are enamored with their work and take several moments to admire their emasculating efforts… they even make a “ball print” of the bloooody balls before talking about their experiences.

Bryan looks exhausted and delirious, but the girls are happy and laughing at the destruction they have caused to his reproductive organs!