Come Play with My Balls 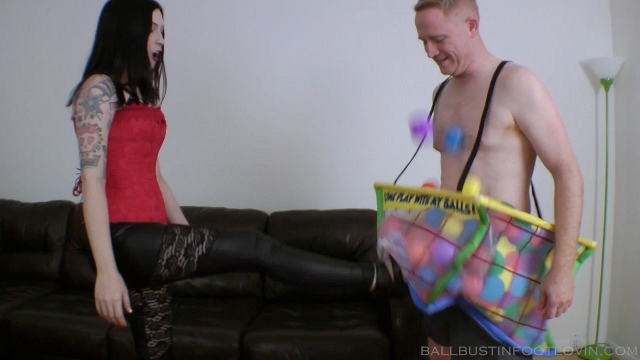 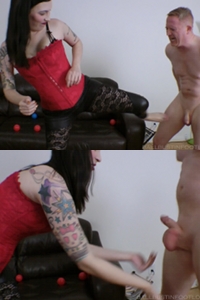 Bryan finds his perfect Halloween costume and thinks by wearing it he will get all the girls to play with his balls, but when he meets Sioux Sinner all she wants to do is make fun of him and kick his balls.

Sioux kicks out all his fun balls and sees two red balls on the floor, picks them up and tells Bryan she wants to make his balls as bright red as the two fun balls.

Sioux, makes Bryan strip naked in front of her so that she will have an unfettered view and target of his balls, then she begins to kick and slap his balls until they become as red as the fun balls.