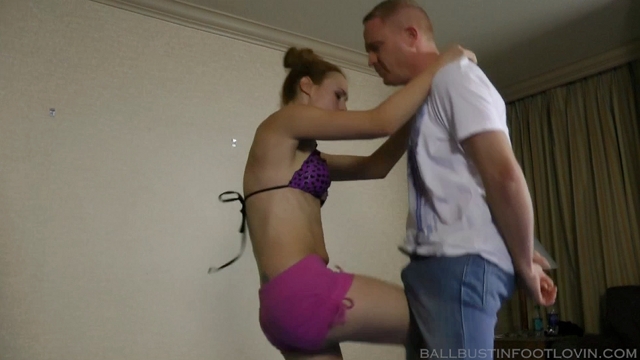 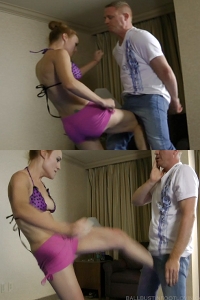 Sexy Cerrid Wen wants to kick some nuts really, really hard! Someone told her that Bryan Balldacious could take a kick to the nuts harder than anyone they had ever met, so now Cerrid wants to see just how much Bryan can really take… she wants Bryan to “buckle” under the pressure and force of her kicks and vicious knees delivered straight to his pathetic nuts.

Cerrid even talks about a goat she once castrated, laughs about it and then delivers a very hard knee to Bryan’s Nuts, making Bryan think she wants to castrate him….

Cerrid delivers one hard hitting kick after another and an astonishing number of violent knees to the nuts of the Balldacious man, who does not feel so Balldacious after getting buckled by Cerrid!