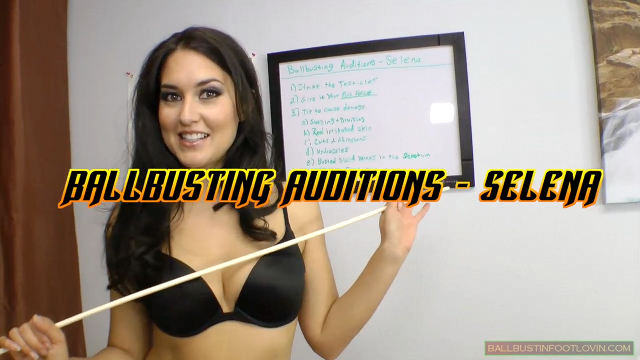 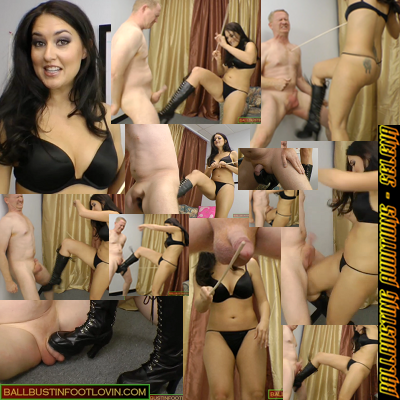 The sultry Selena auditions for Ballbustin’ & Foot Lovin’ taking careful aim at the dangling fruit basket between Bryan’s legs with a dedication to the goal of causing him permanent damage!

In addition to some powerful full force kicks, Selena canes his ass and balls on several occasions when he falls on the floor, yelling at him to stand back up to take more blows to his worthless testicles.

This video contains a generous helping of slow motion re-takes of her full force kicks as well as triple re-takes (at normal speed) of the same powerful kicks!

Also, this video runs over 21 minutes and is the longest audition we have shoot to date…. Selena was determined to “do a good job” in this audition, striving to cause as much pain and damage as she possible could!