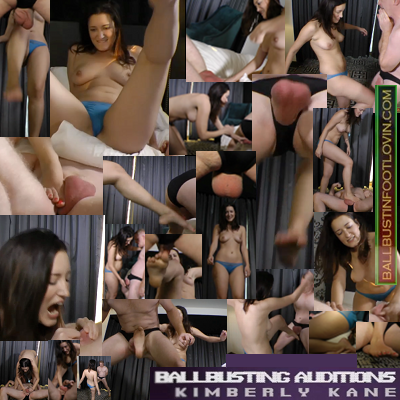 Kimberly is simply in no mood to show Bryan any mercy in this ballbusting audition as she goes at his balls with her hands, feet, knees, and teeth until his balls are visibly red, swollen and broken from her repeated powerful blows to his manhood… she even smothers him by sitting on his face while she beats his balls into mush and once he just can’t get back up she viciously stomps on his balls and grinds them into the floor with the heel of her foot like a discarded cigarette causing him even more pain!