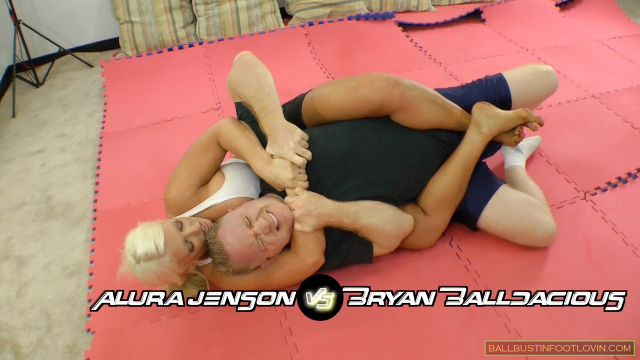 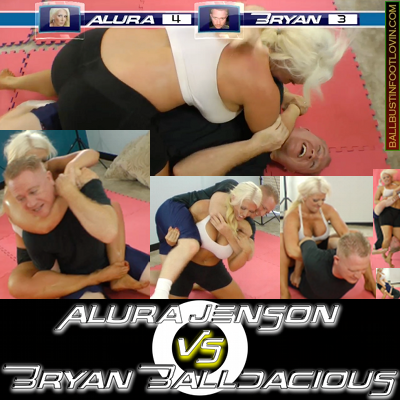 “The powerful and voluptuous Alura Jensen takes on Bryan Balldacious in this competitive match. Those of you who have followed Alura’s exploits into the fetish world knows she is a unique combination of buxom beauty and of amazon like strength. She manages to actually use both of those as a weapon here as she throws Bryan around in displays of awesome strength. Alura is so powerful that she is able to slam Bryan around even when he has her in holds, something very few girls, regardless of their skill level can do, given a man’s weight advantage. Which makes it even more amazing, since Alura is more of an adult film star than a wrestler. But she uses her raw power to great advantage here, and you can hear Bryan grunt and exclaim whenever she manages to slam him down, as he has never faced a woman challenger with this kind of strength before. Alura, usually very adept at giving pleasure, deals out quite a bit of pain in this one, and Bryan is hard pressed to respond to just being slammed and thrown all around the room. If you want to see how a big, beautiful girl with supernatural strength can hurt a guy, check out Alura in this one.”